We have over 25 years of experience in supplying and manufacturing sports turf fertilizer. Gilba Solutions can give advice that will save you both time and money whilst also ensuring the best possible results.

We have the largest range of sports turf fertilizers in Australia for the turf and amenity markets. The following overview of nitrogen turf fertilizer sources explains your options and how they work. However, if you information on other nutrients these blog articles are a good place to read more.

How to choose a good fertilizer.

‘Straight’ fertilizers have the advantage of being relatively inexpensive. However, they generally have a high salt index and therefore can damage turf if not immediately watered in. They can also cause surges in growth that require increased mowing frequency.

These generally are of higher quality than ‘straights’. Their major disadvantages are cost and being prone to hardening or “caking”. To overcome this manufacturers often add anti-caking agents which can be abrasive to equipment. However, an advantage of these is that they allow “spoon-feeding” of turf.

Due to their increased safety, enhanced efficiency fertilizers have become increasingly popular as they avoid issues with overfertilization and soluble salt damage to turf.

These are designed to improve nutrient use efficiency by minimizing nutrient losses. They are divided into two groups which are slow-release fertilizers and nitrification and urease inhibitors.

The main advantages of slow-release turf fertilizers are:

Problems can develop if the coating cracks. The fertilizer then will just “dump” all its nitrogen. This is more likely with the more brittle sulphur coated urea (SCU) compared to polymer sulphur coated urea (PCSCU). In fact a batch of SCU granular turf fertilizer may contain more than 33% damaged granules and the rest be “perfectly coated” granules. Long-term use of these can also result in excessive soil acidification as a consequence of their high sulphur content. 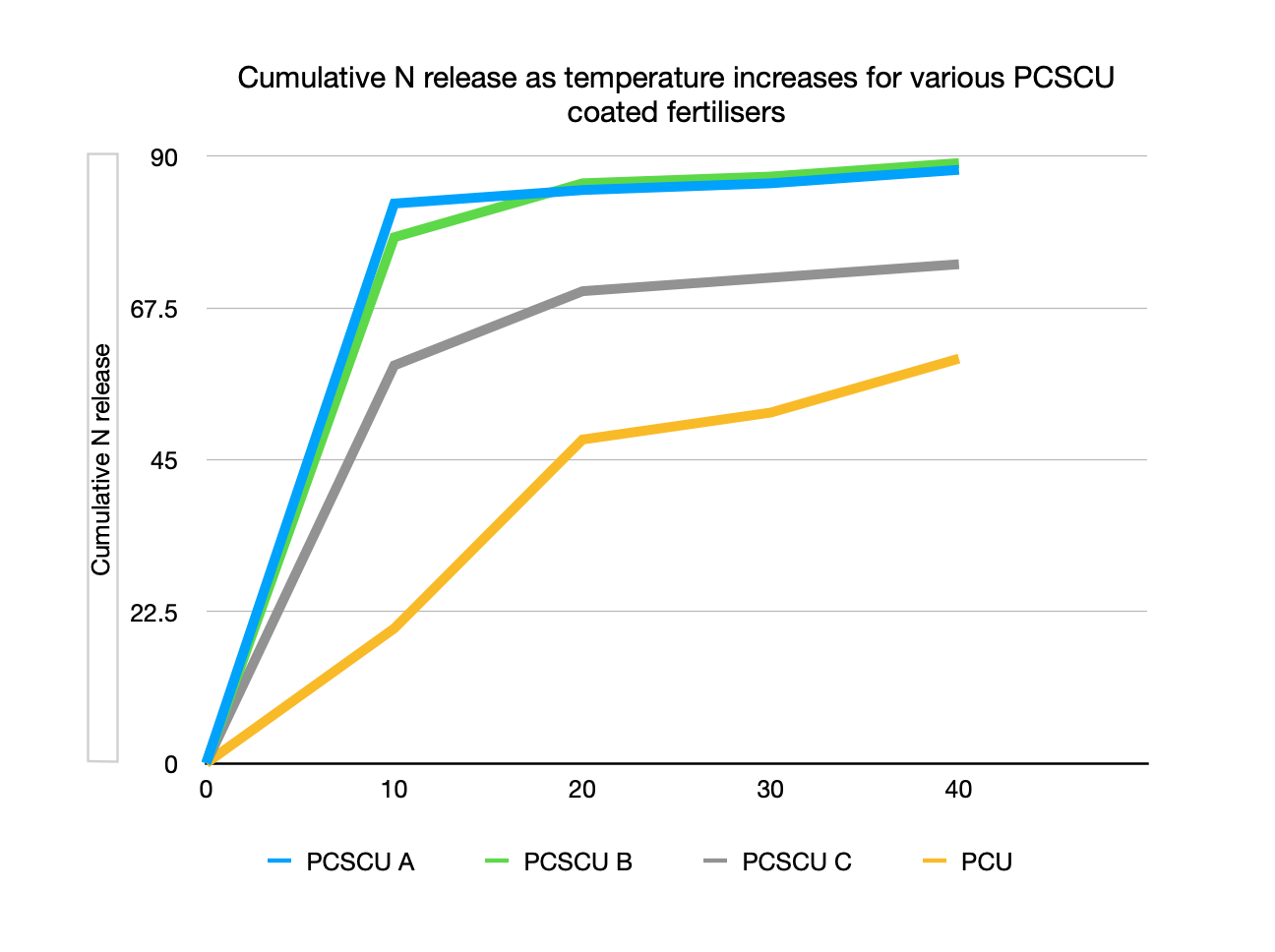 Image 1 (above). Some coated products are marketed as lasting up to 12 weeks. However, they can release all their nutrient in a matter of days if the prill becomes damaged. Despite longevity claims, only polymer-coated urea gives anything near the claimed release period.

Image 2 (below). A lower quality sulphur coated prill that has dumped its N after cracking within 4 days of application. 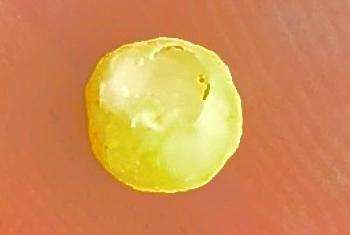 When urea and formaldehyde are reacted in the presence of a catalyst it forms a mixture of compounds called ureaform. This contains around 38% nitrogen. Several ureaforms can be separated based on their solubility in cold and hot water.

Temperature has a large impact on urea-formaldehyde and natural organic products. However, it has little effect on IBDU. Consequently, in cooler weather this provides good winter and early spring colour. Both the amount of moisture present and the particle size affect the amount of nitrogen released. As the surface area increases, smaller particles hydrolyze more rapidly. There is a five-fold increase in N release after eight weeks when particle size decreases from 3–4 mm to 0.3–0.6 mm. IBDU-based turf fertilizers can ‘smear’ over the surface once they become wet which is an issue in areas such as golf greens.

In Australia, IBDU is available as a sports turf fertilizer as Floranid® (BASF).

Umaxx® and Uflexx® are fertilizers that contain a nitrification and urease inhibitor. To prevent nitrogen loss from volatilization, NBPT is combined with urea in order to keep nitrogen in the stable ammoniacal form for a longer period of time.

Nitrification inhibitors such as Didin and DMPP (Entec®) work by depressing Nitrosomonas bacteria in the soil. These microbes are responsible for converting ammonium to nitrite and nitrate in the soil. When soil temperatures are above 10°C, this usually takes two to four weeks. By keeping the nitrogen in the ammonium form for longer, they subsequently slow down the denitrification process thus increasing nitrogen efficiency. Once applied they last from six to ten weeks.

Piadin® is a low cost liquid inhibitor that can be applied in a spray tank with fertilizer or applied as a standalone application to a turf surface. It doesn’t damage turf and has a high degree of flexibility with rates being 5-8L/Ha.

Research into Nitrification inhibitors has shown that DCD is a better inhibitor for clay and loamy soils, while DMPP and Piadin® are better for sandy soils.

Urease inhibitors slow down the rate at which urea hydrolyses in the soil which reduces volatilization losses of ammonia to the air. There is no benefit from using these if rain or irrigation occurs immediately.

Alzon® Neo N is a dual inhibited nitrogen having an analysis of 46-0-0 and giving extended longevities of up to 10 weeks. 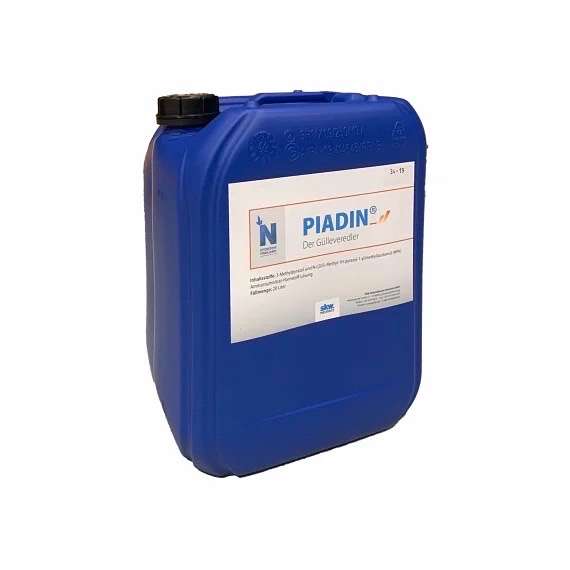 Liquid fertilizers provide a much quicker response from your grass. This is a result of the nutrients being immediately available by being absorbed through the roots or leaves. Use these:

Their main drawback is that they do not have any longevity, although some slow-release liquids do overcome this issue. Bear in mind that you can achieve excellent results by combining both liquid and granular products as the results gained in combination are superior to relying on one method exclusively.

As previously mentioned there are now several slow-release liquids on the market sold under a variety of trade names such as Fertech®, Sirflor®, and Nitrosert®. All of these make claims such as:

Slow-release liquid nitrogen can be applied as a concentrated spray application on turfgrass and can also be used as the nitrogen source in mixed NPK fertilizers.

Both poultry manure and products manufactured from bio-waste offer low-cost alternatives to synthetic fertilizers. However, they can have issues with odour and weed seed content. The salt index can also be an issue as a consequence of bulking up broiler chickens. As the chickens grow they are fed a high salt diet so they drink more water and put on weight faster. This subsequently will pass into their droppings.

Another major problem with natural organic fertilizers is that they can be highly variable and consequently release rates will vary. Organics are characterized by having relatively low nitrogen contents which are usually below 3-5% percent and almost all contain phosphorus. Their release is controlled by micro-organisms, which in turn are controlled by temperature and soil moisture.

Finally, products such as Dynamic Lifter®, Neutrog®, Terra firma®, and Queensland Organics® are all composed of pelletized manure. This is then either heat-treated or composted to remove excess moisture. The degree of composting will subsequently affect the amount of weed seed and the moisture content of the final product. The final final moisture content varies from 8–16%. 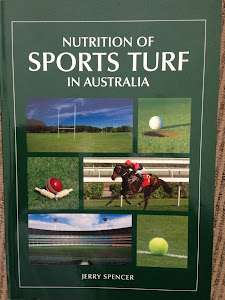 Jerry Spencer wrote the Nutrition of Sports Turf in Australia.

What are the benefits of fertilizing turf?

The primary goal of the turf manager is to provide a healthy, stress-tolerant turf that can withstand a high level of wear, however, to subsequently achieve this, selecting the correct fertilizer regime is important as this has a major influence on turf health. Too much nitrogen and the turf can become extremely prone to disease and have a low tolerance to wear while too little nitrogen and recovery and growth are limited.

Sometimes excessively high nitrogen applications are made or it is applied at the wrong time. This results in turf that is prone to Pythium sp, patch and leaf spot diseases, excessive thatch production, increased water usage, and the need for increased mowing. Additionally, over-fertilization, especially with water-soluble forms of nitrogen can burn turf. Other issues include reduced root, rhizome, tiller, stolon growth, and reduced heat and drought tolerance.

What do the letters and numbers on a fertilizer bag mean?

Turfgrass requires at least 16 nutrients for normal growth and development with some nutrients being needed in large amounts whilst others are required in much smaller quantities. Every fertilizer bag should have the nutrient analysis marked as N, P, K, S, Mg, Ca, and whatever trace elements are present. These stand for nitrogen, phosphorus, potassium, sulphur, calcium, and magnesium respectively.

In Australia, we use the elemental labelling system for nutrient analysis while in Europe and the USA the oxide analysis which can subsequently lead to some confusion. The nitrogen figure is the same with both systems but P, K, etc. are different.

Using potassium nitrate as an example this is labelled as 13-0-36 in Australia and 13-0-43 in the USA even though it’s the same product. Consequently to go from:

When is the best time to fertilize turf?

This is a massive topic in itself and there isn’t any one answer. Generally, the best time for lawn fertilization is in the spring when the soil temperature reaches 10ºC as this stimulates growth heading into the summer.

On the other hand Autumn fertilization of warm-season turf increases turf density by encouraging the production of new tillers, rhizomes, and stolons together with more shoot growth from existing turf. If you have overseeded it will also help promote the growth of the young seed and consequently promote the production of carbohydrates helping turf survive the stresses of winter and encouraging spring growth.

However, on golf course greens regular light feeding throughout the year can have benefits in helping to counter disease and encourage recovery.

How often should you carry out soil testing?

Soil testing is defined as a measurement of the soil to identify nutrient deficiencies, predict nutrient needs, and evaluate potential excesses. Soil samples can be taken at any time of the year but not within two weeks of any application of a fertilizer containing phosphorus, magnesium, potassium, or calcium. The frequency of testing can be every year but, unless you are addressing a particular problem, every three years is ideal.

With granular fertilizers, excessive dust, a lack of particle uniformity, being damp to the touch, and smearing inside the fertilizer hopper are all good indicators of poor quality or incompatible ingredients having been used in its manufacture. Likewise, with liquids, any residue at the bottom of the drum and filter blockages can be indicative of issues.